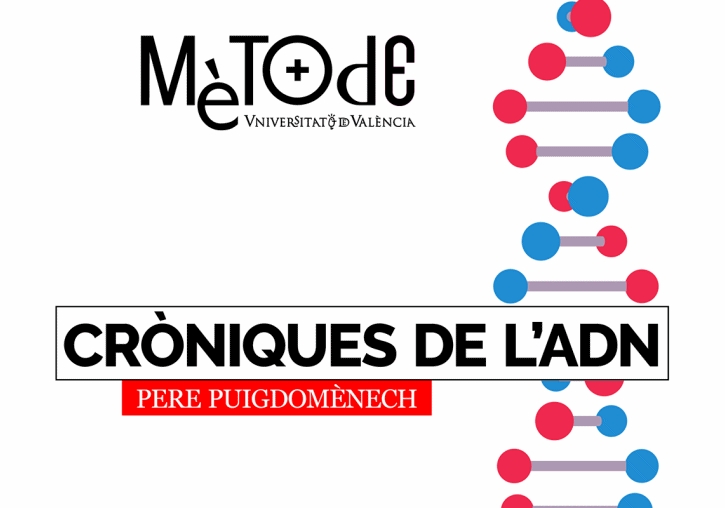 The journal 'Mètode', edited by the Office of the Vice-Principal for Research of the Universitat de València, publishes 'Cròniques de l'ADN', a compilation of articles written by the Catalan researcher Pere Puigdomènech over ten years in the Catalan journal 'El Periódico de Catalunya', with which 'Mètode' originates a new collection of free e-books.

The first book of the collection assembles more than 150 articles extracted from Pere Puigdomènech's regular sections in El Periódico between 2008 and 2018. On the one hand, "El ADN de la semana", in which the author analysed an important and recent scientific discovery or event. On many occasions, it was linked to new DNA sequencing techniques that were making it possible to obtain the whole genome of many plant and animal species. On the other hand, Pere Puigdomènech, also participated, in alternation with other contributors, in "Los sábados, ciencia", a part of the opinion section of El Periódico in which he used to reflect on aspects related to the world of scientific research, such as the underfunding, the lack of resources and structures or the ethical dilemmas triggered by emerging technologies.

The journal and collection's editor, Martí Domínguez, wanted to highlight the effort behind this new initiative of the review, which has involved a great deal of editing work, done by Susanna Ligero, and layout work, done by José Luis Iniesta. It also has to be added the adaptation work to the electronic and interactive format, which is also present when it comes to other magazines and books already edited by Mètode: the three-monthly publication in Catalan and Spanish, the Mètode Science Studies Journal yearbook, the Mètode website, the book collection "Monografies Mètode" and now this new electronic collection. 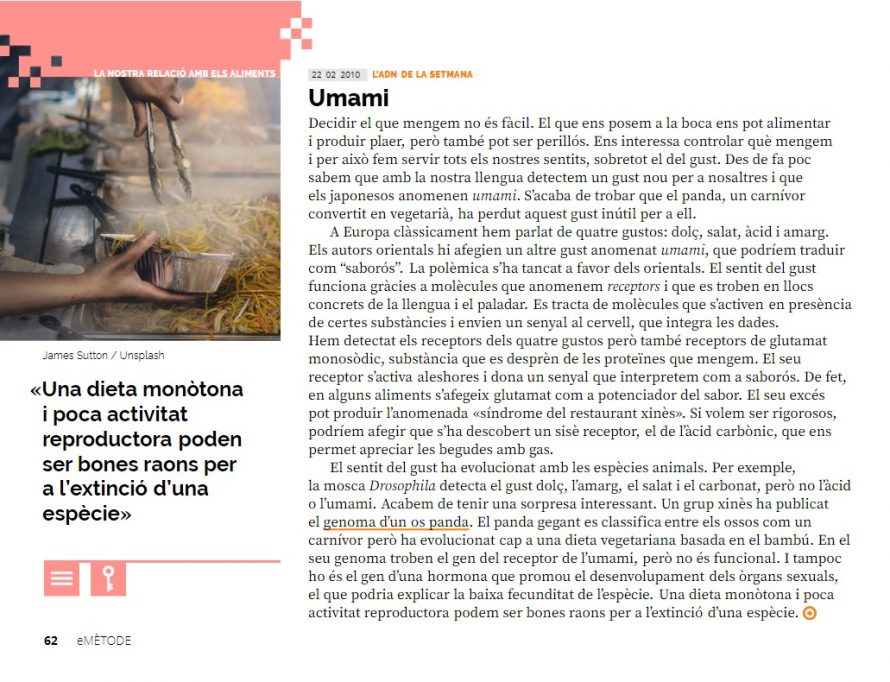 Cròniques de l'ADN is divided into seven different parts in accordance with the heterogeneity of the subjects tackled by Puigdomènech in his columns: the first one is focused on the human genome, while the second one deals with several cases of plant and animal genomes obtained during that period. Without leaving out DNA sequencing-wise issues, the three following parts tackle matters of great interest such as the relationship between humans and food, the environment, as well as new ideas and research areas in the scientific world. The last two parts are focused on complex intersections between science and ethics and, lastly, between science and politics. Each part gathers texts from both "El ADN de la semana" and "Los sábados, ciencia", in chronological order. In many of them, readers will find links to the scientific articles that inspired the main topic. In addition, the work includes illustrations by Xavier Sepúlveda and a prologue by Antonio Madridejos, a journalist specialising in science from El Periódico.

From cancer DNA to the octopus' genome; from forest fires to the Xylella fastidiosa; from the Large Hadron Collider to gravitational waves; from Barack Obama to Donald Trump; Cròniques de l'ADN offers a magnificent general view of a key decade in scientific research through the expert, enriching and open voice of Pere Puigdomènech.

The work is published in open access and it can be downloaded here (for an optimum reading it is recommended Lithium for Android, Apple Books for IOS and Calibre for PC) 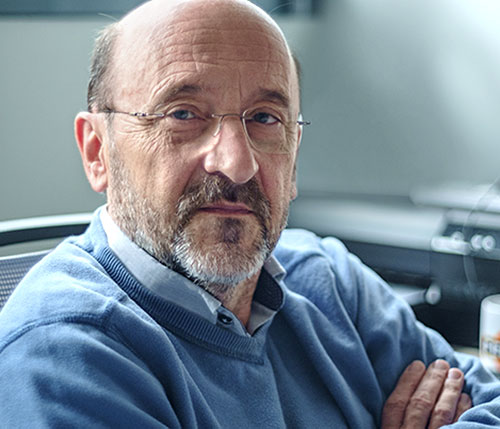 Pere Puigdomènech, who coordinated the publication number 100 of the Mètode journal, is a research professor at the Centre for Research in Agricultural Genomics (CSIC-IRTA-UAB-UB) in Cerdanyola (Catalonia) and one of the key scientific profiles in Spain. In addition to decades devoted to scientific research, he has a great career in scientific dissemination through several formats and media, which has resulted in this work.

"eMètode", a new collection of publications in digital format

Thanks to Cròniques de l'ADN, the Mètode journal starts a new collection of publications that joins the one of "Monografies Mètode". "eMètode" bets on digital and open access publication as a new strategy for disseminating quality popular science materials. The works of the collection can be downloaded from the journal's website completely free in electronic publication format (.epub). Among other advantages, this format allows to surf the contents in a different way to the usual one, with external and internal links, etc, that boosts its richness as reference material.

"eMètode" is conceived as a way to spread an informative version of materials such as theses, research, compilations of articles, etc, in Catalan. Thus, the collection is open to new proposals that you can send to metodessj@uv.es. Your proposal will be evaluated by the editorial team and, in case it is selected, you would be informed of the following steps for its publication. If there are any further questions, please do not hesitate to contact us at: metodessj@uv.es.

File in: Cultura , Universitat i societat , Recerca, innovació i transferència 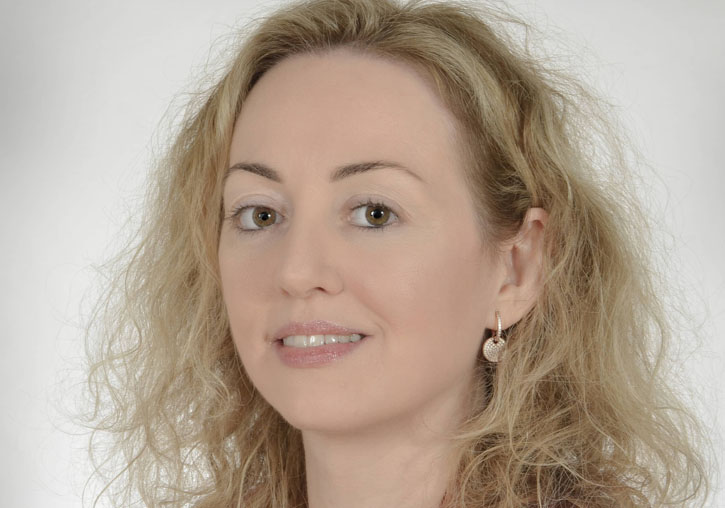