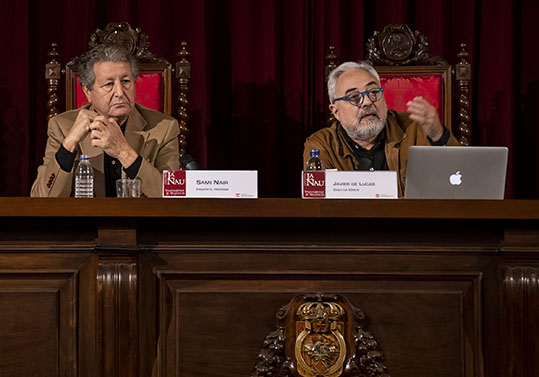 What does rights universality mean today? “It will never be repeated enough”, he explained, “that a multi-cultural, plural society is unconceivable without common values and that requires laws, rules and common obligations”. Cultural and social conflicts, which are unavoidable in any society, “cannot simply be overcome through naïve respect of each other, through an apology of the differences, even if it is in the name of democracy and politics of recognition that happens thank to individuals and groups”. For Naïr, “this long and difficult road that consists on voluntarily fabricating a common identity, implies a clear vision of the rights and duties of the city. The necessary condition for the multi-cultural city, besides racisms and demagogies, is and will always be the universality of humanity.”

The Internet’s impact on Human Rights

Previous to the conference, a round table was held on the impact of the Internet in human rights. The participants of the round table were Miguel Presno (Professor of Constitutional Law), Tomás de la Quadra-Salcedo (Full Professor of Administrative Law and Ex-Minister of Justice and Territorial Administration), Diego Naranjo (consultant of the NGO European Digital) and Ofelia Tejerina (lawyer and expert in digital rights). It was moderated by journalist Manuel Peris.

Diego Naranjo has reassured that “there is a certain interest from the public authorities to rule by headlines and pretend that there is action being taken in serious problems (paedophilia, hate speech or terrorism) through the control of messages and content of the Network, almost always under the coercion of platforms in which citizens communicate”. Many of these initiatives “lead to the privatization of the Rule of Law and to convert Google, Facebook and other companies in the police and Internet judges, with the risk that that involves for the guarantee of the Rule of Law.”

According to Miguel Presno, “the task of public authorities should not be to guarantee the veracity of the information offered in private media, but to ensure the existence of a pluralism of information. In addition, it should be the tribunals’ task and not the administration to verify the veracity, which is not to be confused with truth”.

Ofelia Tejerina has condemned that royalties have become the key excuse of the origin for “shortcut laws” and the massive measures against cyber-control. “These measures are like using sledgehammers to crack nuts. They are absolutely disproportionate in relation to the risks that they promote for other rights which are considered fundamental, such has freedom of speech and data protection”, she added.

According to Quadra-Salcedo, artificial intelligence is the biggest challenge of the digital society. “Regulations in this field should be written, as an important development of the AI, robotics and its possible applications is taken place.  However, these regulations should not be too restrictive because they could limit beneficial possibilities of development”, he assured.

The conference started with a session entitled “Immigrants and Refugees. The Rights in an open world”. It was moderated by the professor of Sociology Albert Mora and several professors gave talks. They were Elena Arce (Manager of the Department of Immigration of the Ombudsman), Idil Atak (Ryerson University in Toronto), Pablo Ceriani (professor and former vice-president of the UN Committee on Migrant Workers) and Paloma Favieres (Executive Manager of CEAR legal bureau).

“Speaking about all-out war, invasions and rampant spread does not help, but it creates social alarm. Hate speech against migrants is becoming common. They have become the scapegoats for all crimes”, indicated Elena Arce.

Pablo Ceriani pointed out that “we are in a constant Limited Jurisdiction, which is a parallel legal framework in which the citizens’ rights do not have the same range in terms of nationalities and migrant condition.”

Paloma Favieres reported that on 28th June 2018 in the European Council summit the immigration policies still outsourced the control and return of migrants and refugees that try to reach Europe instead of addressing the reasons, assuring the respect to human rights and establishing legal and secure procedures to create a common asylum system.

According to Idil Atak, the main challenge is the lack of a legal framework. Not having the necessary documentation, the migrants cannot access the basic rights nor intercede for themselves. They are exploited by others, including employers and landowners. The victims or witnesses of these crimes cannot report them without being arrested or deported”.

Fabián Salvioli, Special Rapporteur on the promotion of truth, justice, reparation and guarantees of non-recurrence, was in charge of the last conference. Salvioli assured that, 70 years after the adoption of the Universal Declaration of Human Rights by the United Nations General Assembly, it is necessary to link democracy and the way States fulfil their obligations in terms of human rights in specific public policies”. At an international level, she added that “it is no longer acceptable that organizations act like we lived in an environment of peace, security and human rights. They should work particular issues. It is not a coincidence that the body of the UN that more strongly disagrees with these arguments is the Security Council, which lacks democracy in its structure”. 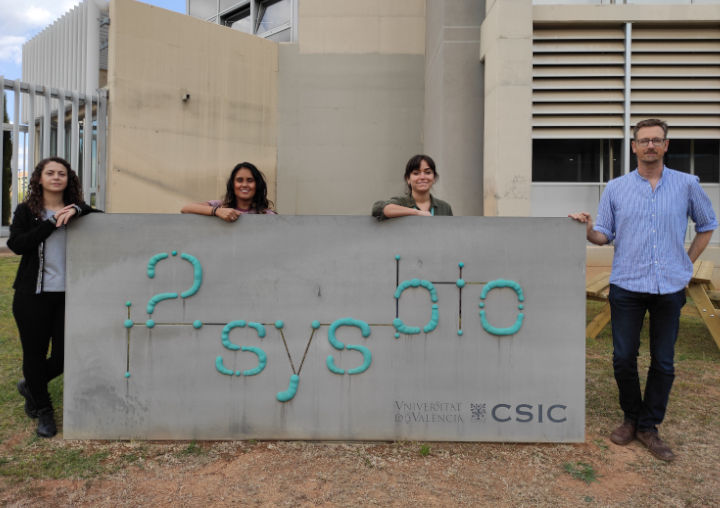 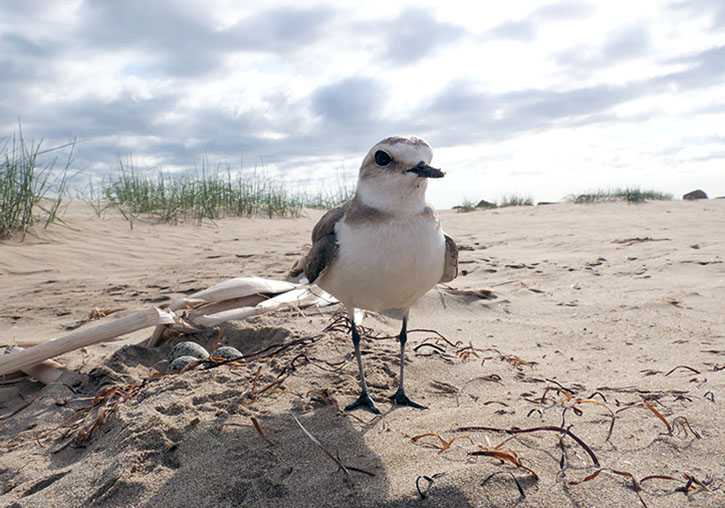