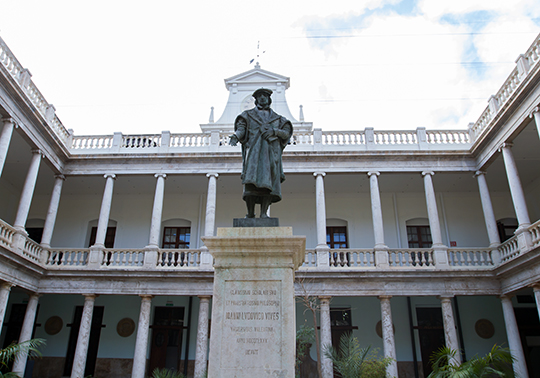 The General Foundation of the Universitat de València and Caixa Popular will work together in the research and dissemination training activities organised in the framework of the projects ‘Escola Europea de Pensament Lluís Vives’ and ‘Experiència Estètica ART i MENT’, launched by the Office of the Vice-Principal for Culture and Equality of the Universitat de València.

This commitment is carried out after the signature of some collaborative agreements this Wednesday, 12 April, by the dean Esteban Morcillo, as President of the General Foundation of the Universitat de València, and the General Director of Caixa Popular, Rosendo Ortí. This ceremony has been held at the building of the Office of the Principal of the UV with the attendance of the manager of the General Foundation of the Universitat de València, Cristobal Suria; the director of activities of the Cultural Centre La Nau, Ana Bonmatí; the director of the Department of Business and Marketing of Caixa Popular, José María Company; and the responsible of Institutional Relations and RSC of Cixa Popular, Paco Alós.

The Escola Europea de Pensament Lluís Vives  is a cultural project, boosted by the Office of the Vice-Principal for Culture and Equality of the UV, with the management of several Valencian entities and social agents, which is configured as a space for reflection and open, participatory and critical debate about current issues at world level and also for the Valencian society. This programming has three fundamental activities: conferences and books presentations, seminars and a permanent seminar.

The conferences and book presentations, which can be associated with debates and seminars, will approach prestigious professionals in different fields: science, cinema, literature, feminism, history, etc.

Regarding the permanent seminar, titled ‘ Cultures in the borders’ is organised in different thematic areas and some issues are expected to be discussed, such as the role of cultural institutions, the impact of technological development or the market in the field of production and cultural consumption.

On the other hand, ‘Art i Ment’ is a sociocultural intervention project promoted by the Office of the Vice-Principal for Culture and Equality of the Universitat de València.  It is a programme that links psychology with education and aesthetic experience to promote self-esteem, motivation, creativity and artistic sensitivity in children of 10 or 11 years old, an important age for their development. The programme is being evaluated with tests and interviews designed by professionals. All the activities are free and the enrolment was closed quickly, a success that leads to its continuity the next academic year.

As the European School of Thought Lluís Vives, the programme ‘Art i Ment’ has the support of Valencian entities, institutions and social agents, which make possible the execution of workshops, such as music therapy, art therapy, theatre and dance; and also public lectures to analyse, through data and a relevant plan, social realities with the aim of expanding the knowledge and research in this field. 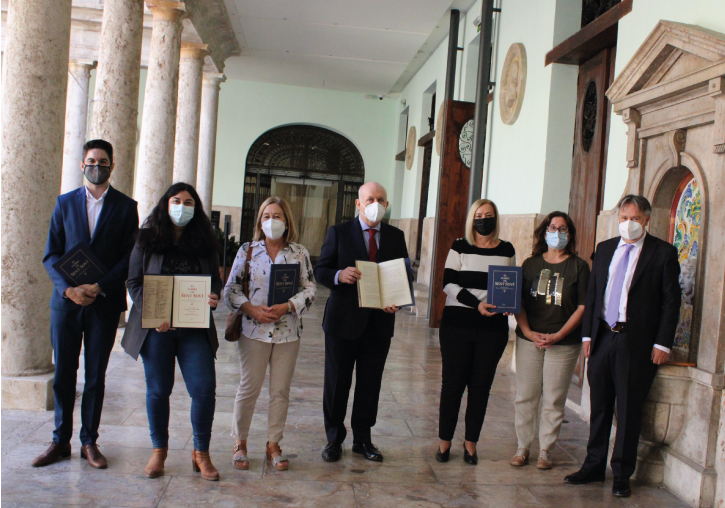