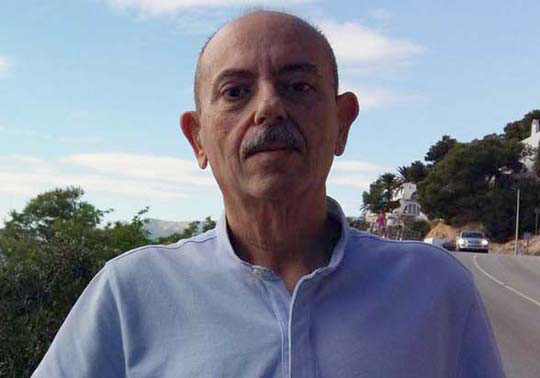 The Full Professor on Labour Law of the Universitat de Valencia, Carlos Alfonso, has been awarded this Friday the Gran Creu de la Justífica Valenciana by the Col·legi de Graduats Socials de València. The award ceremony has been held at the assembly hall of the City of Justice.

The jury of the award has outlined “the human quality and professional career in justice, in the University and in Valencian society”, as well as his “important collaboration in the professional training of graduates in social sciences”.

Carlos Alfonso (València, 1953) is a Full Professor in Labour Law and Social Safety of the Universitat de València and he is also president of the Social and Economic Council. He is the director of the Master in Advocacy of the ICAV-UV and Chair on Freelance Work of the University of Valencia, as well the responsible of the Courses of the Master in Labour Law of the Universitat de València. He has directed and taught other courses on labour topics and training judges and civil servants and different educative, professional, trade union and business entities.

He has also been in charge of other research projects such as the project about “Collective Negotiation of Valencian SMEs” and the Study for the Consultative Commission of Collective Agreements about the negotiation of the Fur and Shoe Sector or about the Adaptation of the Solution Systems of Labour Conflict in the Labour Reform in 2010. In addition, he has been arbitrator of the Arbitral Labour Tribunal of the Valencian Community as well as SIMA’s. He is author and co-author of many books and articles on various labour topics. From 1975 until 1988 he worked as a supply magistrate in the Sala de lo Social of TSJ (CV). Carlos Alfonso was the dean of the Faculty of Law in the Universitat de València between 2002 and 2009.