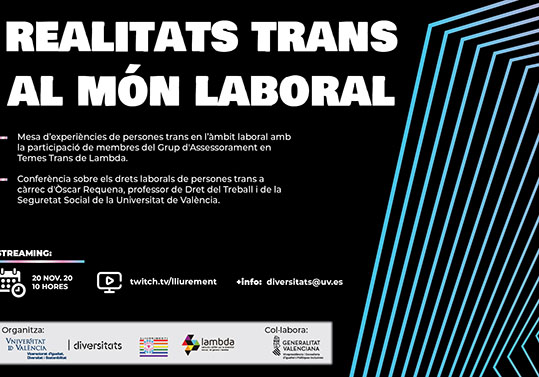 On the occasion of 20th November, Transgender Day of Remembrance, a virtual chat on the reality of trans people in the workplace has had taken place. It was organised by Diversitats, an Universitat de València’s initiative, in collaboration with Lambda and Lliurement. The chat has had held on 20 November at 10:00 AM and was broadcasted live on Lliurement’s Twitch channel

Discrimination and transphobia in the workplace were discussed at the talk, which was attended by members of Lamba’s Trans Advisory Group (GATT). The individuals involved related their life lessons and experiences in the workplace; how was job search and the difficulties encountered; the transition process and the differences between transitioning before finding a job and afterwards; the advantages and disadvantages of passing; among others.

This was followed by a presentation on labour rights of trans people by Óscar Requena, a professor of the Department of Labour and Social Security Law at the Universitat de València who is specialised in the matter in question.

The workplace is still an unfriendly space for LGBT people, especially for trans people. Despite the recent legislative progress and the lack of awareness of widespread discrimination, trans normalisation has not been achieved yet. Trans people, and especially trans women, face major problems when it comes to employability due to the obstacles and prejudices they continue to encounter.

In addition to transphobia and the lack of knowledge about trans identities, there is the handicap that trans people tend to interrupt their formative itinerary early as a result of the rejection they suffer as students, particularly affected by repeated bullying cases at their teenage years. This lower level of training or qualification constitutes an added burden for their entry into the labour market, resulting in precarious and unskilled jobs, according to data from a research on the reality of trans people in the workplace by the Ministry of Equality (2017).

The participation and insertion of trans people in the labour market is also affected by the situation they find themselves in throughout the transition process and passing, that is to say whether or not they are perceived as trans people.

No prior registration was required, but if you would like to receive any further information, do not hesitate to contact diversitats@uv.es. 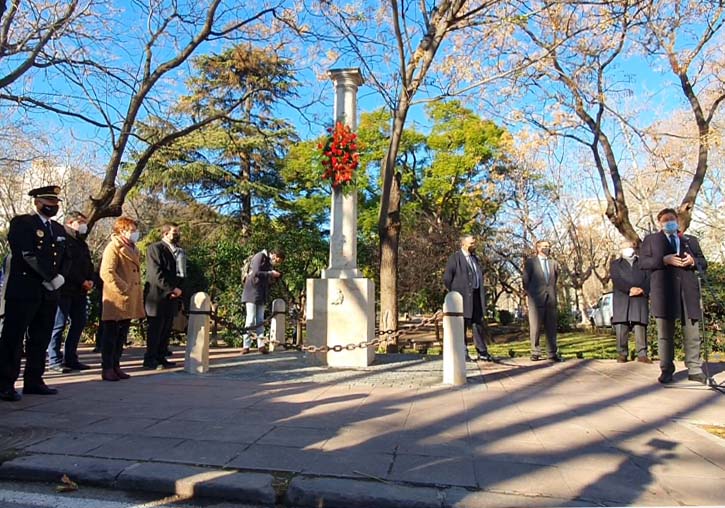