Gene expression, key to the study of comorbidities, according to a study involving the Universitat de València 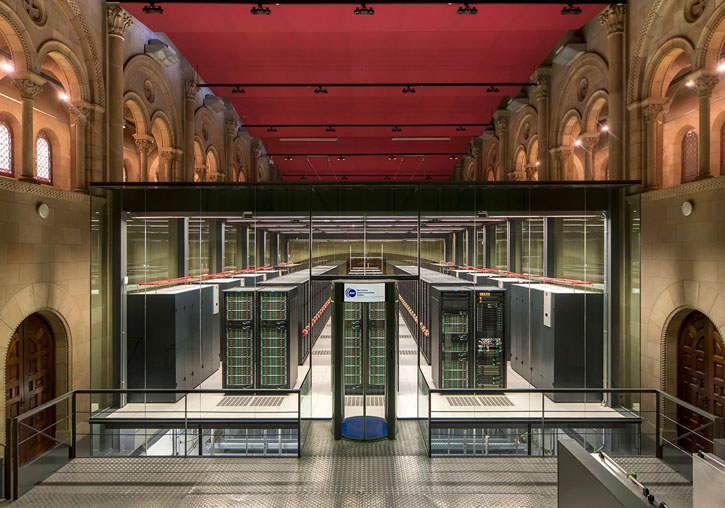 Image from the supercomputer Mare Nostrum.

A study led by the Barcelona Supercomputing Center (BSC), in which the Universitat de València participates, concludes that the specific characteristics of each patient, such as gene expression, may be a decisive factor in the development of clinical strategies aimed at addressing and controlling possible comorbidities. This work, in which the authors go one step further by investigating the concurrence of diseases in the same individual, has been published in 'Nature Communications'.

The research was carried out by the team of Rafael Tabares, Chair of Psychiatry at the Universitat de València.

"Our approach is not only able to confirm known comorbidities, but also to provide concrete clues about the biological processes involved, a first step towards the management and prevention of comorbidity", explains Jon Sánchez, lead author of the article and researcher of the computational biology group at the BSC's Life Sciences Department.

The fact that many people suffer from more than one disease at a time has become one of the main challenges to be solved in the aging populations of the 21st century. This condition mainly affects the elderly, decreasing treatment options and life expectancy of patients while increasing health care costs.

Comorbidity relationships have been described mainly by epidemiological studies, which record the number of people suffering from two or more diseases simultaneously compared to the rest of the population. Such studies provide an overview of the higher or lower than expected probability of developing secondary diseases associated with a previous disease. A well known example is the four times higher risk of heart failure in patients with hypertension. On the other hand, a lower than expected probability of developing lung cancer in patients with Alzheimer's disease has been widely described. The causes of such comorbidity relationships are largely unknown.

The study is the result of a collaborative effort between scientists from the Barcelona Supercomputing Centre (BSC), the National Cancer Research Centre (CNIO), the Institute of Evolutionary Biology (IBE), the Universitat de València and CIBERSAM, the Université Aix de Marseille and the Centre de Recherches en Cancérologie de Toulouse (CRCT).