The IFIC of the Universitat de València will receive Peter Jenni, spokesman of ATLAS, an experiment that discovered the Higgs boson 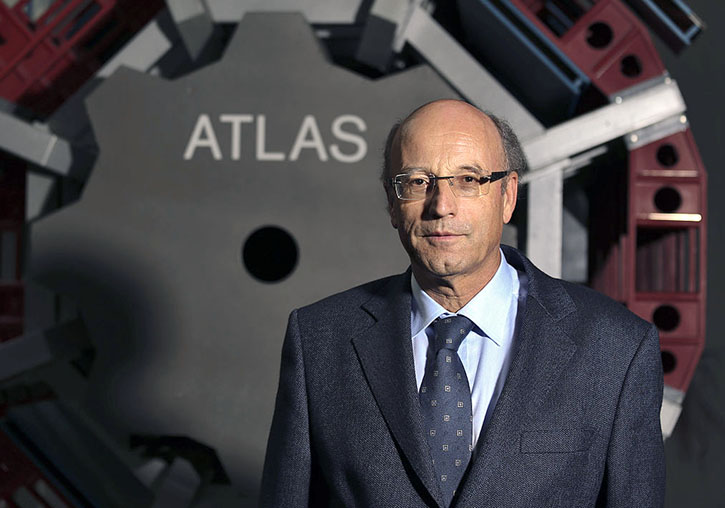 Peter Jenni is one of the founders of the ATLAS experiment, in which the Higgs boson was found, who also participates in the Institute of Corpuscular Physics (UV-CSIC). Jenni offers the last Severo Ochoa colloquium of the year at the IFIC to trace ATLAS history and explain which challenges will face the Large Hadron Colider (LHC). This will take place on Thursday 5th December, at 12:30 p.m., in the IATA Assembly Hall, at the Science Park of the Universitat de València.

He is well-known for being one of the ‘founding fathers’ of the ATLAS experiment, one of the two largest detectors of CERN’s Large Hadron Collider (LHC), where the Higgs Boson was discovered.  Peter Jenni led the ATLAS collaboration for over ten years, where the Institute of Corpuscular Physics (IFIC, CSIC-Universitat de València) has an outstanding role.

The ATLAS experiment is a huge particle detector of 46 meters long, 25 meters high and 7,000 tons in weight.  It consists of a series of devices that are responsible for measuring and recording the subatomic particles produced in LHC collisions, about 40 millions of collisions per minute.  This way, the components of the matter that comprise everything we see in the Universe are analysed.  Thus it was discovered the Higgs boson in 2012, the elementary particle that explains the origin of the mass and the last piece for Standard Model.

To achieve this finding, which meant the Nobel Prize for Peter Higgs and François Englert after half a century of suggesting the existence of this new particle, required the collaborative work of thousands of scientists and technicians during twenty years.  Peter Jenni (born in Switzerland, 1948) was one of the main driving forces of the project.  Since the mid-1980s, Jenni has been involved within the making of what would be the world’s largest and most powerful particle accelerator, the LHC, leading the scientific collaborative project of one of his main experiments, the ATLAS project.

After its construction was approved in 1995, Peter Jenni was appointed spokesman, top responsibility in the experiment which he renewed several times until yield the witness in 2009 to Fabiola Gianotti, who announced the discovery of the Higgs boson in 2012 and who currently heads CERN.   The ATLAS collaboration is made up of 3,000 scientists from 183 institutions in 38 countries, among which the IFIC has an important presence. The UV’s research institute has a strong involvement in the operation of the experiment and data analysis.  The IFIC participated in the design and construction of two of the ATLAS sub-detectors, the trace and calorimeter, as well as contributing to the computer system that stores the data, the Grid.

Peter Jenni is part of CERN’s history.  Since the 1970s, he has participated in the experiments of the first Swiss laboratory accelerator, Synchrocyclotron (SC), Proton Synchrotron (PS), CERN's first synchrotron, and Intersecting Storage Rings (ISR), the world's first particle collider operating with hadrons, composite particles. After a stay at SLAC (USA), he returned to CERN in 1980 to work on one of the Super Proton Synchrotron (SPS) experiments where the W and Z bosons were discovered. This particles are responsible for the weak nuclear force, one of nature's four fundamental forces.

With more than 900 publications in scientific journals, the Swiss physicist has served on numerous advisory committees in the field of international level research, contributing in particular to the process of developing the current European Strategy for Particle Physics, the discipline's roadmap for which upgrading is now under discussion. Retired in 2013, Peter Jenni is Professor Emeritus at the Albert-Ludwigs University in Freiburg (Germany) and maintains his link with ATLAS. In 2014 he was elected member of the Bavarian Academy of Sciences and Humanities and in 2019 Fellow of the European Academy of Sciences (EurASc).

Among the distinctions and awards he has received throughout his career are the Greinacher Prize (1998); the Gold Medal of the Comenius University of Bratislava (1999); the Silver Medal of the Charles University (2001); the Ernst Mach Honorary Medal of the Czech Academy of Sciences (2012); the Julius Wess Award from the Karlsruhe Institute of Technology, for Fundamental Physics (FPP) and the High Energy Physics Prize from the European Physical Society (2013); and the W.K.H Panofsky Prize from the American Physical Society (2017). He also holds honorary doctorates from several European and Latin American universities. 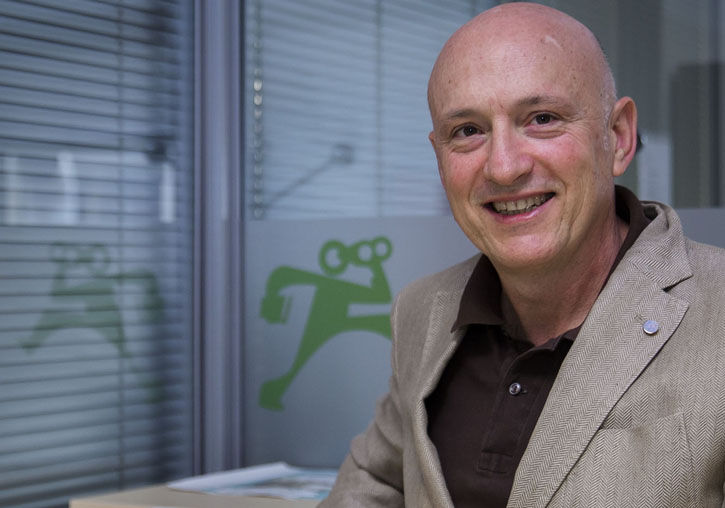