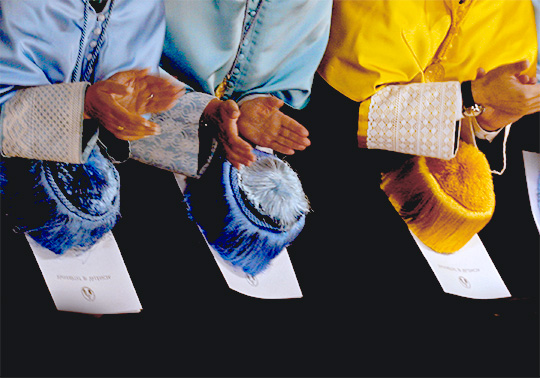 The mathematician María Jesús Esteban will be invested this Wednesday, 17 May, as honorary doctorate of the Universitat de València. Esteban will also participate in several events during the whole week. She gives a conference today Tuesday at the Faculty of Mathematics. And she also takes part in a workshop of the Spanish Society of Applied Mathematics.

María Jesús Esteban Galarza (Alonsotegi, Biscay, 1965) works as an exceptional class research director of the Centre National de la Recherche Scientifique in the CEREMADE of the Université Paris-Dauphine and as the president of the International Council for Industrial and Applied Mathematics.

She holds a degree in Mathematics from the University of the Basque Country and a doctorate from the Université Pierre et Marie Curie (Paris VI). Her research activity is mainly focused on mathematical modelling of physics and quantum chemistry problems and the interaction between fluids and solids.

María Jesús Esteban will give a conference today at 12:00h in the Salón de Grados of the Faculty of Mathematics. It is titled 'Cómo las matemáticas están cambiando el mundo’ (How Mathematics are changing the world). In the evening, at 17:00h, she will participate in the celebration of the 25th anniversary of the Spanish Society of Applied Mathematics (SEMA), which nowadays is leaded by the full university professor of the Universitat de València, Rosa Donat. This event is held at the Universidad Politénica.

On Wednesday 17, the investiture ceremony of María Jesús Esteban as honorary doctorate will take place at 13:00h in the Paranimf of the historic building of La Nau.

Finally, on Thursday and Friday she will participate in a workshop of the several societies of applied mathematics around the world (IWIMath17 http://www.uv.es/iwimath17/). On Saturday there will be an ICIAM Board Meeting. And in this meeting, it will be decided the HQ of the worldwide congress of the association in 2013. Valencia was chosen as the HQ of the congress planned for 2019.

María Jesús Esteban is member of the scientific committee of the Centre National de la Recherche Scientifique and president of the scientific committees of Basque Center for Applied Mathematics and the Indo-French Centre for Applied Mathematics. She is an academic of Jakiunde, the basque academy of science, arts and letters. She co-directs the journal Annales de l’Institut Henri Poincaré - Analyse non-linéaire and is a member of editorial councils of different scientific publications as well as committees of different international institutions. She is the former President of the Societé de Mathématiques Appliquées et Industrielles and also of the committee of Applied Mathematics of the European Mathematical Society. She has been a member of the Abel awards selection, the most internationally prestigious mathematics awards.

Her intense activity has been recognised with the distinction Chevalière de l’Ordre national du Mérite of France with the Doctorate ‘Honoris Causa’ by the University of the Basque Country with her designation as Honour Partner of the Royal Spanish Mathematics Society.