The Principal of the Universitat de València, Mª. Vicenta Mestre, was the responsible of presenting the president of CSIC (Higher Council for Scientific Research), Rosa Menéndez, at the conference held on 18 November in CEMB (Meeting Club Manuel Broseta).

Mestre took a look at the extensive professional career of President Rosa Menéndez, the first woman of the 18 presidents that the CSIC has had in 80 years. Since joining the scientific institution in 1979, Menéndez has participated in numerous national and international research projects on his specialty: carbon materials and graphite applied to biomedicine and energy storage. Menéndez’s research is also applied as shown by the ten parents registered and the knowledge transfer contracts in the fields of aeronautics and the electrical sector.

The president of the CSIC began the conference starting from the current situation and bearing in mind that we are facing a society that has changed a lot. ‘At this moment, science cannot be posed as it was 20 or 30 years ago’, said Rosa Menéndez. ‘At the CSIC, our mission is to carry out a science of excellence that carries innovation with it and has an impact on the productive sector,' she added.

‘We can't think in isolation, but the challenges must be faced in an interdisciplinary way if we want to get there in time to solve the problems,' Menéndez said. ‘We are talking about 17 sustainable development goals in order to arrive at a society that solves the problems we are currently facing. They are global challenges, which one country does has repercussions on the rest. We must involve science, technology, economics, politics, etc. Businesses must also believe in science, that there is a continued dialogue. The ideal would be to reach 2% of GDP and get full business and government involvement. We must set ourselves concrete objectives, with limited deadlines and check that they become a reality', said the president of the CSIC.

Menéndez said that 'looking to the future we are considering 13 strategic issues to continue moving forward in the 21st century. Among the most important are the challenges of biomedicine, the genome and epigenetics, aging, the impact of climate change, artificial intelligence, data science and robotics (supervised and controlled by ethics), oceans, or digitization, the reduction of CO2 emissions in industry, among other things. In all these areas, at CSIC we have platforms developing research'.

The conference was attended by the delegation of the Government of the Valencian Community, Juan Carlos Fulgencio; the president of the TSJ of the Valencian Community, Pilar de la Oliva; the rector of the Polytechnic University of Valencia, Francisco José Mora; the institutional delegation of the CSIC in the VC, Juan Fuster and the director of the Príncipe Felipe Research Centre, Deborah Burks. 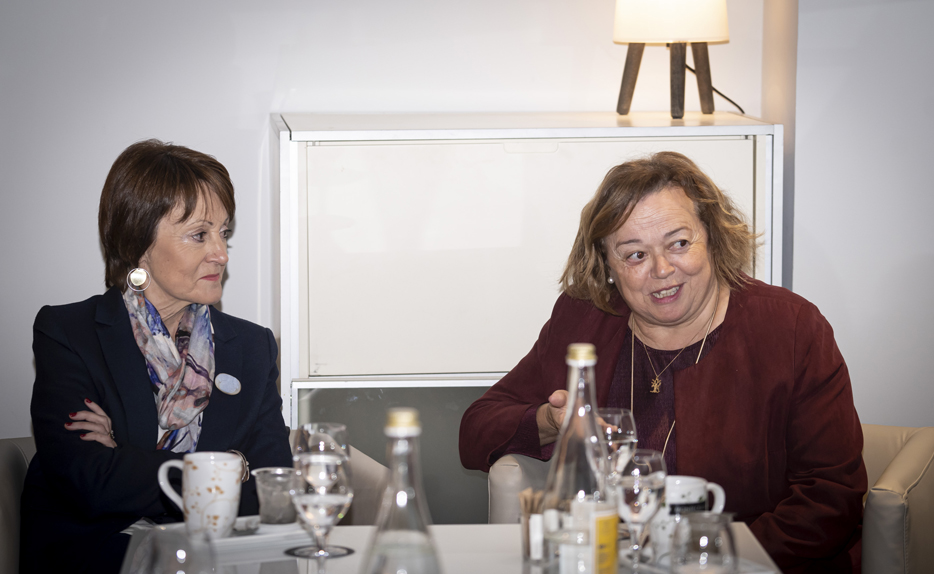