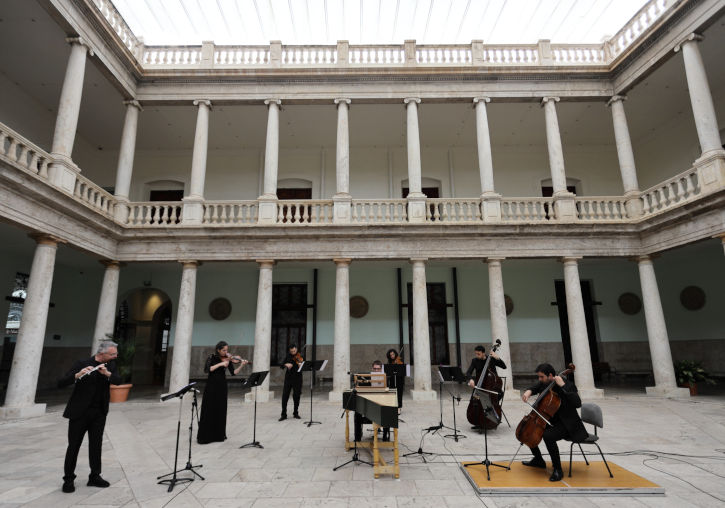 The Serenates festival, organized every year by the Universitat de València, through the Vice-Principal's Office for Culture and Sports, and the Institut Valencià de Cultura, premiered, on June 25th, the first concert recorded 'ex profeso' for this 33rd edition, which is being held in digital format as a result of the pandemic situation caused by the Covid-19. The concert was given by La Remembrança and was broadcast on the YouTube channels of the co-organisers, the La Nau Cultural Centre and the Institut Valencià de Cultura, and MediaUni.

Under the title 'Venice-Jupiter', La Remembrança performed a two-part concert dedicated to the work of Vivaldi and Mozart. The first, 'Venice' or the call of the birds, was focus on the Venetian composer Antonio Vivaldi and his inspired melodies with the RV95 'La pastorella' and the famous RV90 'Il dardellino' ('The Nightingale') concerts. Both feature bucolic motifs, inspired by the image of nature which, with the sonority of the flute, imitates the song of the nightingale with realism.

The impossibility of gathering an audience in the cloister of La Nau has made Serenates 2020 a historic event that is being held in digital format for the first time, from the 24th of June to the 3rd of July, with the broadcast of six concerts recorded 'ex profeso' for this festival and another four corresponding to concerts and material recorded in previous editions.

The 10 free concerts will be broadcast on the YouTube channels of the University of Valencia's La Nau Cultural Centre and the Valencian Institute of Culture, co-organisers of the festival, and MediaUni. All of them will be broadcast at 8 pm on these channels, from which it will also be possible to watch the concert later. 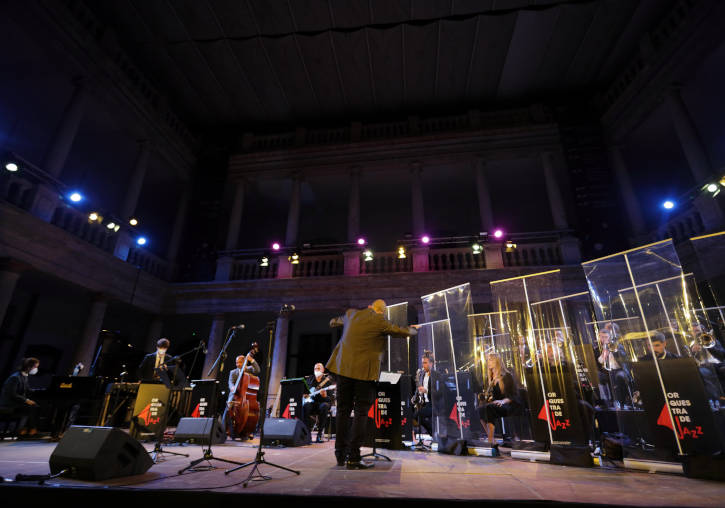