UNISOCIETAT conferences in June address cinema, egalitarian language and Opera, among other themes 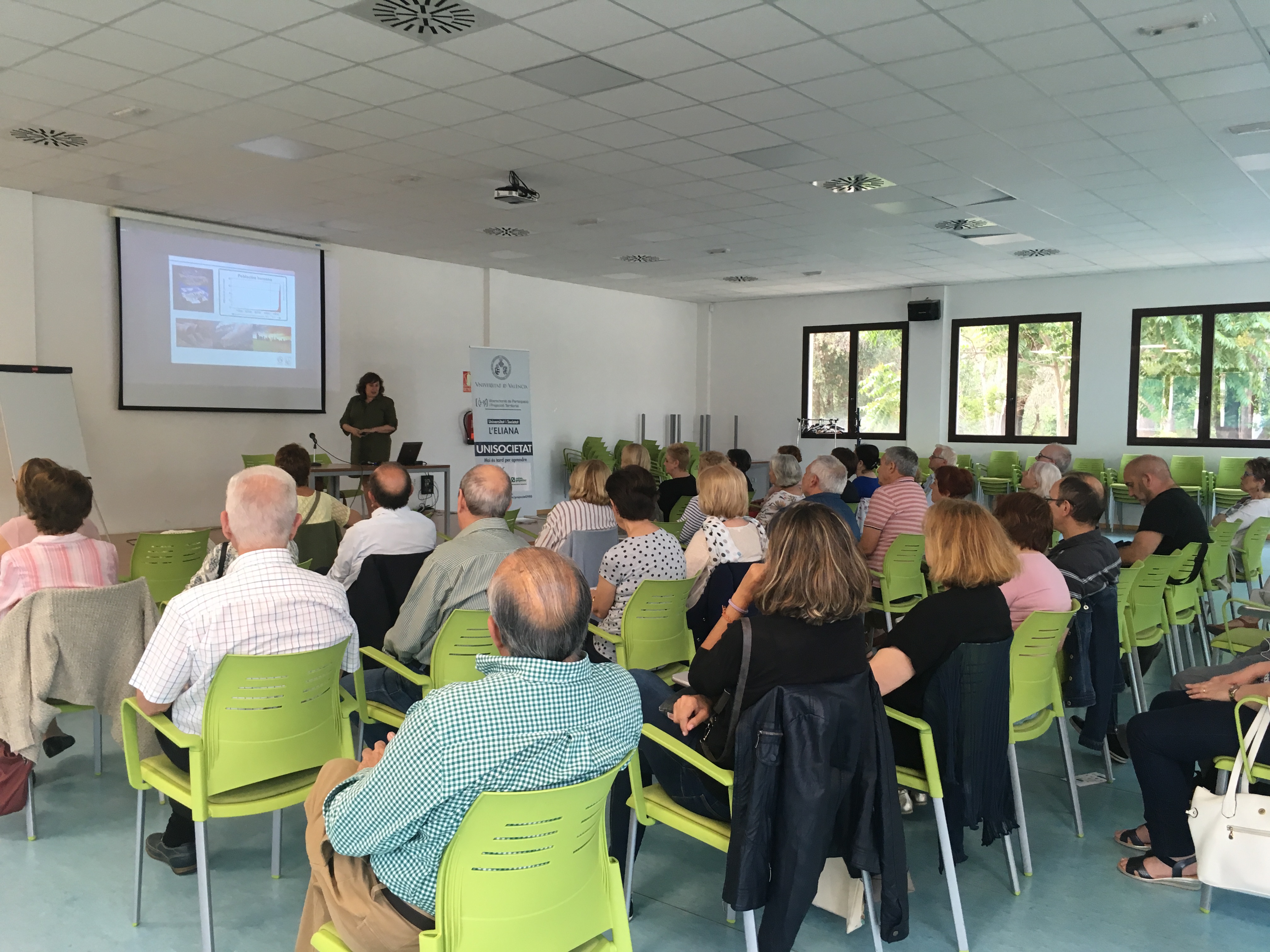 The Valencian society can access freely to a wide variety of themes near to their place of residence. The issues are addressed by renowned professors and researchers of the Universitat de València. In June, several conferences will be imparted in UNISOCIETAT offices in Alzira, Massamagrell, Bétera, Ontinyent, Requena, Benetússer, Quart de Poblet, l’Eliana, Cullera and Riba-roja de Túria.

The series of conferences of UNISOCIETAT is organized by the Office of the Vice-Principal for Territorial Projection and Society. It counts with the collaboration of the participant city councils and is promoted by Caixa Popular (in 10 offices), Caixa Ontinyent (Office in Ontinyent) and Banco Santander (Office of Gandia). This will be the last month in which it will organize conferences during this academic year. It will restart its activities next autumn.

These multidisciplinary sessions are a way to disseminate knowledge and complement the formation of UNISOCIETAT’s students and encourage people aging over 30-years-old to join this university programme. In the 2017-2018 academic course, it has had more than 1,500 students distributed in its 12 offices.

10 conferences in Valencia in June

Cinephiles will be able to enjoy the conference Live and Think with the Cinema in charge of the Philosophy professor Jesús Alcolea. It will be imparted in the City Council of Benetússer (Horta Sud) on Wednesday 6 of June and in the Culture House of Quart de Poblet (Horta Oest) on 13 June.

On June 7, the conferences of UNISOCIETAT will arrive for the first time to Riba-roja de Túria (Camp de Túria), which is included in the formative programme this year. The professor of Physiology Federico Pallardó will impart the conference Food influences our genes. Food Advice and Healthy Habits in the social center of Riba-roja.

On Tuesday 12 of June, the conference We all should be feminists: Strategies for an inclusive and Egalitarian use of Language will be imparted in by the professor of English and German Philology Gora Zaragoza in the Culture House of Alzira (Ribera Alta).

The conference My name is Gladiator. Gladiator World in the Cinema will take place in the Adult Education Centre of l’Eliana (Camp de Túria) on June 13. It will be lectured by the professor Antonio C. Ledo, expert in Prehistory, Archaeology and Ancient History.

On Wednesday 13, the professor Pura Peris (Financial Law and History of Law) will address in the Castle Of Bétera (Camp de Túria) All you wanted to know about taxes but you never dared to ask.

Knowledge of the Heart is the title of Sonia Martínez’s conference (Behavioural Neuroscience) that will take place at the Cultural Centre of Massamagrell (Horta Nord) on 14 June.

The Professor Ana Mª Botella (Musical, Plastic and corporal Expression) will offer on the very Thursday 14 at the Cultural Centre of Caixa Ontinyent (Vall d’Albaida) the conference Voyage through the Opera World.

The conference on 19 June in Cullera (Ribera Baixa) will also deal with music. It will be in charge of the professor Rafael Fernández (Department of Musical, Plastic and corporal Expression) and is entitled Opera as a Musical Genre: Origin y Development.

On 21 of June, the last conference of the month will take place in Requena (Meseta de Requena-Utiel), in which Enrique Lanuza (Cell Biology, Functional Biology and Anthropology) will lecture Sex, Drugs and Neurons at the Cultural Centre Feliciano Antonio Yeves.