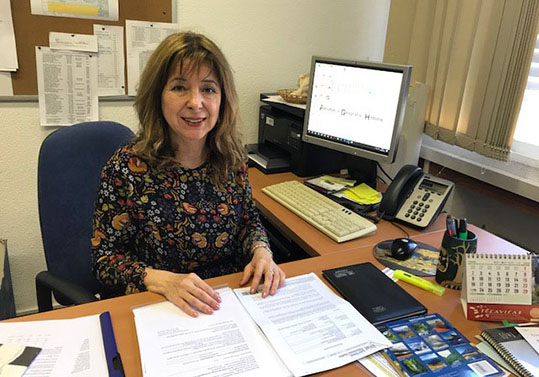 The Universitat de València and the Valencian Agency of Safety and Response to the Emergency (AVSRE) will work together to realise research related to the risk of floods. Collaboration is the result of the agreement signed by the principal Mavi Mestre and the director of the agency, José María Ángel.

In the same agreement, has been appointed director of the monitoring and compliance of research (for part of University) the professor Ana Camarasa, of the Department of Geography.

From the AVSRE, they emphasise, in the signed text, the interest of increasing knowledge of flood incidents and cartography of its risk. The objective is to achieve a better planning and a more effective management of emergencies.

Therefore, the AVRSE grants aid to the University to promote research tasks in the evaluation, analysis and diagnosis of the incidents of intense rainfall and flood that have occurred since the establishment of the unique number 112 Valencian Community. They also promote the data preparation for the National Catalogue of Historical Flood for the period 2011-2018 and development of methodology proposals for the evaluation reports of the flood events. Among the same tasks are included developing of rain cartography in situ, linking rainfall intensities with incoming call of incidents by the number 112 since its implementation in 2000, in digital format for the Geographic Information System. They update risk analysis of Special Plan faced with Flood Risk according to the provisions of Flood Risk Management Plans, as well as the Patricova revised in 2015. Finally, the agreement includes also that the University should be in charge of the generation of risk cartography and determination of towns with high risk, medium and low of the Valencian Community.

The convention is funded by Valencian government to a maximum amount of 25.200 euros, in charge of the Emergency, Civil Protection and Fire-fighting programmes, under the name Agreement Universitat de València geographers internship.