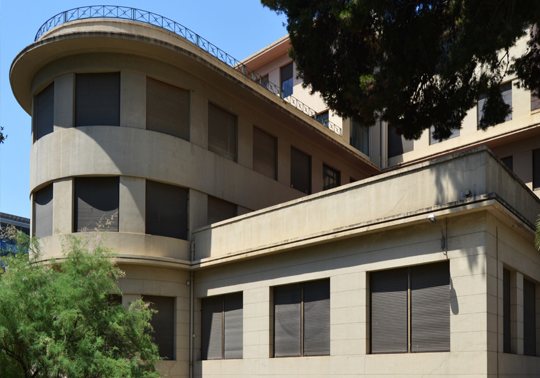 The Governing Council of the Universitat de València has approved unanimously today Tuesday to demand the pacific vacating of the building Lluís Vives. The institution is waiting for the voluntary vacating of the squatters in the next 24 hours. Otherwise, it will urge the legal authority to initiate proceedings to give back the use of the UV facilities.

Several members of the Governing Council have emphasised the UV effort to reach a negotiated solution, as well as the length of the time since the occupation (1 May). But, according to the manager, Joan Oltra, the measure is at a standstill. The manager has informed about the inability to hold a meeting between the representatives of the academic institution and the squatters (with the attendance of some intermediaries).

On the other hand, the Vice-Principal for Economics, Infrastructures and Information Technologies, Juan Luis Gandia, has informed about the UV plans in relation to the building. These consist of the need for an integral reform with the aim of locating there the students’ services and some participation and cultural activities.

The adopted text states the following: “The Governing Council of the Universitat de València, gathered in a extraordinary session on 14 June 2017, reasserting itself in the meeting held on 22 May, in which it was expressed the institutional rejection to the illegal occupation of the building Colegio Mayor Lluis Vives, and being aware of the planning meeting for the intervention of this local property which is part of the historical real state of the Universitat de València, and once informing through the Governing Board about the mediation efforts carried out to achieve a pacific vacating of the building, making use of the proper exercise of the self-government that gives it the university autonomy, agrees that:

1. - Insist on the immediate vacating of the facilities of this local property in order to implement the planned intervention measures and guarantee the preservation of the building and the security of the squatters.

2.-If such vacating is not carried out in less than 24 hours, the legal authority will be urged to initiate the proper legal proceedings and the procedural measures derived from them in order to restore the ability to make a free usage of this building within the framework of its university autonomy.

On the other hand, the Governing Council has approved the 2017 Offer of Public Occupation of PDI (Teaching and Research Staff). It has also approved the criteria for the development of the teaching career of the PDI, and the distribution criteria of the public offer for 2018.

These key aspects have been addressed by the Vice-Principal for Academic Regulations, Teaching Staff and Sustainability, Maria Vicenta Mestre, who has received recognition for the agreement, which will allow to minimise the scarcity of the teaching staff and will make easier the promotion. After some years of severe constraints to the replacement of vacant positions by retirements and other situations, it is likely for the recruited people to opt for a teacher position, and the tenured professors can promote the full university professors.