The vice-principal Guillermo Palao, has been chosen spokesperson of the International and Cooperation Commission for Spanish Universities 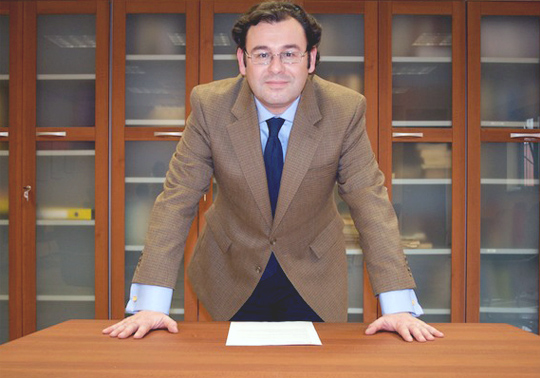 The vice-principal for International Relations and Cooperation Service of the UV, Guillermo Palao, has been unanimously chosen for the Committee of the International and Cooperation Commission for Spanish Universities (CICUE-CRUE). The choice developed in the plenary session of the Principal Conference for Spanish Universities (CRUE), in their last Assembly, held last 24 October at the Universitat Jaume I of Castellón.

During his mandate as president, he has enabled to create several work groups, thus allowing the UV to head two of them: on the one hand, the specific one about Syrian refugees, and, on the other hand, the one about indicators of university cooperation for development. His election means a recognition of implication and of the efforts done by the UV and by its leaders in this field.

Nowadays, the UV is the first Spanish university that allocates more funds for projects of Development Cooperation. In the last years, it has been the headquarter for the Spanish UNESCO Chairs in Spain, in November 2015; the 4th Conferences of the University Cooperation Observatory for Development, in September 2016; and in January 2018 it will host the 4th International Congress for Development Studies.