The visit of the highest representatives of the festivities of València, Consuelo Llobell and Carla Garcia, who have been accompanied by the general secretary of the Junta Central Fallera Ximo Garcia, has taken place in the Office of the Principal building.

The principal Maria Vicenta Mestre has been able to speak with the Falleres Majors and know their feelings and emotions before the great challenge that have begun as maximum figures of the local festivities of Valencia.

It is also the case that Fallera Major, Consuelo Llobell just finished her studies of Medicine at the Universitat de València last June. Currently, she is studying to take her medical internship exam in order to access the dermatology specialty.

Finally, the Principal has wished them many successes in the big year they enter and that they have the support of the Universitat for any need they may have. 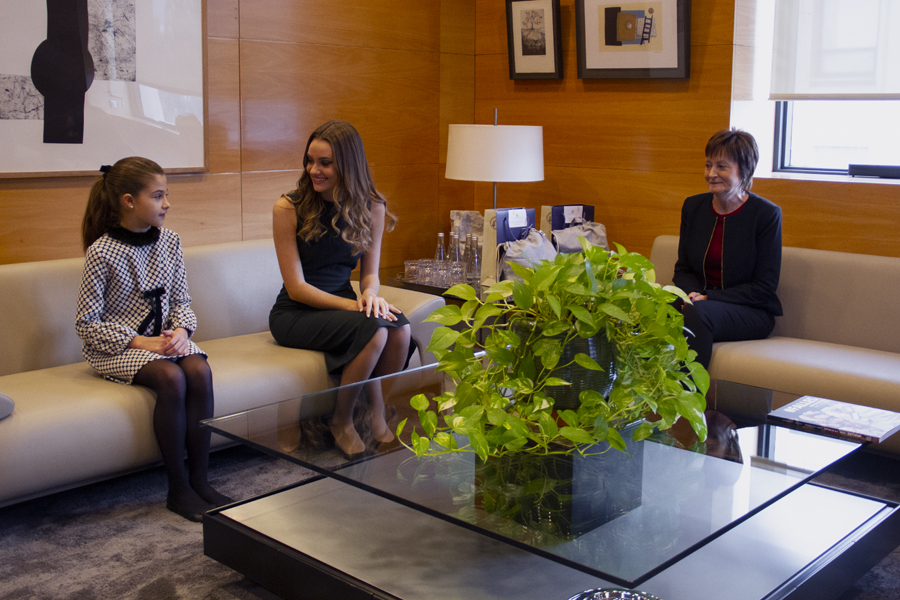