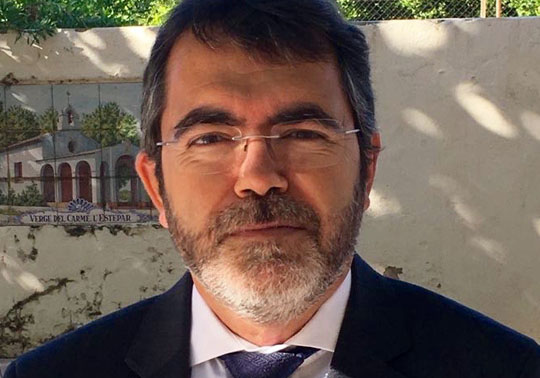 The director of the department of Astronomy and Astrophysics of the Universitat de València, José Antonio Font, is analysing the 2017 Nobel Prize for Physics on Tuesday in the MuVim. ‘Arrugas del espacio-tiempo y estallidos de luz’ is the name of the Font’s conference within els debats des Magnánim. The event, which will be presented by the professor vicent Martínex, will begin at 7 p.m. in Gregori Maians room of MuVim (calle Quevedo, 10, Valencia.)

The conference will recall discoveries about gravitational waves that have led American scientists Rainer Weiss, Barry C. Barish and Kip S. Thorne to win the 2017 Nobel Prize for Physics.

On 14 September 2015, the LIGO observatory detected gravitational waves produced by the collision of two black holes located 1,300 light years away. GW150914. The historical detection proved the existence of gravitational radiation, predicted by Einstein in 1918, while providing a new way of observing the universe.

The first observation was followed by three additional detections, all associated with black hole collisions, GW151226, GW170104, and GW170814. The last one, on 14 August 2017, was detected jointly by LIGO and by the European Interferometer Virgo, which significantly improved the location of what happened in the sky. Just three days later, LIGO and Virgo detectors achieved another great success when observed for the first time the gravitational waves generated in the collision of two neutron stars, GW170817. On this occasion, the space-time wrinkles produced during the collision were accompanied by bursts of light throughout the entire electromagnetic spectrum, prompting an unprecedented observational campaign with terrestrial and space telescopes, and thus starting the era of Astronomy of Multi-Messengers.

Font has more than 20 years of experience on numerical simulations with supercomputers in the field of Relativistic Atrophysics, in areas of Numerical Relativity and the modeling of astrophysical sources of gravitational radiation (neutron stars, black holes, supernovas), and has published more than a hundred articles. He is the principal researcher of the Virgo group of the Universitat de València. He was president of the Spanish Society of Gravitation and Relativity in the period 2009-2013 and is currently the director of the Department of Astronomy and Astrophysics of the Universitat de València.