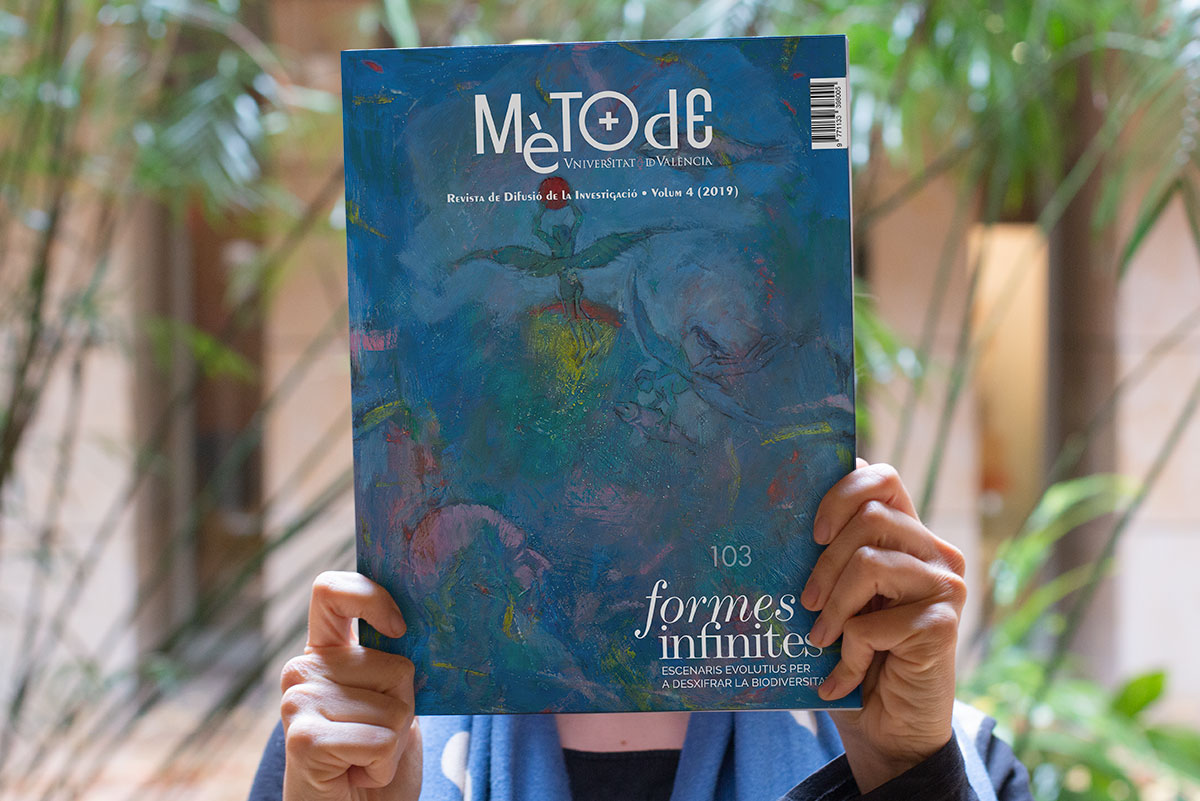 Issue number 103 of the journal Mètode examines how evolution influences the biodiversity of current species on planet Earth.

“160 years of development on evolutionary biology have proven that evolution is key to an understanding of biodiversity” These are Pau Carazo’s words for the introduction of the monographic Formes infinites. Escenaris evolutius per a desxifrar la biodiversitat (Infinite shapes. Evolutionary scenarios to decipher biodiversity), central part of the most recent issue of Métode journal for 2019.  Carazo, researcher of the Cavanilles Institute of Biodiversity and Evolutionary Biology of the Universitat de València has coordinated this issue that explores different scenarios and circumstances in which selective pressures influence the diversity of species that inhabit the planet.

Daniel Sol, CREAF researcher, opens the monograph with an overview of the biodiversity future on Earth. A group of researchers of the Cavanilles Institute, headed by Manuel Serra, report the results of their research on the striking environmental adaptation strategies of rotifers, plantonik organisms that inhabit lakes.  The Doctor in Biology of the University of Oviedo, Germán Orizaola reveals the fascinating case of the species that inhabit the Chernobyl Exclusion Zone, while the researchers of the University of Zurich Yagmur Erten and Hanna Kokko analyse the relevance of cancer as a natural selection factor.  Finally, Álvaro San Millán, from the Microbiology Department of the Ramón y Cajal Hospital in Madrid, deals from the evolutionary perspective with one of the problems that will most affect our health in the future: the acquisition of antibiotic resistance mechanisms by the bacteria.

This issue also has a very special collaboration: a legend of Valencian contemporary art, the artist Monjalés, who has made ex professo the series entitled “Adveraciones talesianas” to illustrate the articles in this monographic as well as the issue’s cover.

Mètode Volume 4 for 2019 also has a very interesting front page: Maxwell Boykoff’s creative communication on climate change; interviews with Elizabeth Rasekoala, Nigerian chemical engineer and winner of the NAT Award 2019, and John Butterworth, researcher at the University College of London; an article by Cristiana Junyent on Francesc Salvà, the enlightened from Barcelona who produced an electric telegraph in the 18th century, and a review of the Moon’s presence in literature by Xavier Duran. The issue also features a document on the life of Mileva Marić, Serbian physicist and mathematician who was Albert Einstein’s first spouse.

In this edition, Mètode premieres a new section, “Green Focus”, where the photographs of Roberto García-Roa, nature photographer and researcher at the Cavanilles Institute, will reveal unique moments from far and nearby worlds. He is accompanied by the usual signatures of Mètode, as well as a section of books full of interesting novelties.