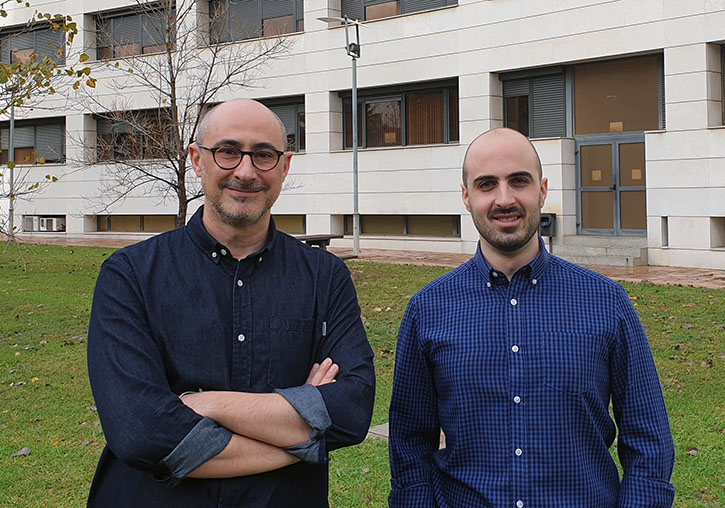 Researchers from the Institute of Material Science (ICMUV) and the Department of Applied Physics and Electromagnetism of the Universitat de València have discovered a 2D semiconductor with a new orientation of its excitons, quasiparticles responsible for light absorption and emission. This finding, that opens a gateway to a generation of integrated photonic chips, is published in the journal Nature Communications.

The Second Quantum Revolution that is taking place nowadays in Europe, is being led by the Quantum Flagship Programme, which aims to conduct quantum processes from the laboratory to the market.  On new two-dimensional materials, such as graphene and 2D semiconductors, the quantum phenomena goes beyond its traditional range of low-temperatures to develop even at room-temperature. The confluence of this unusual event has made two-dimensional semiconductors one of the Quantum Flagship's main stakes in creating disruptive technologies that result in marketable devices that take advantage of the light and matter quantum properties with, for example, applications in the field of signal encryption and safe communications.

The ICMUV group and the Department of Applied Physics and Electromagnetism, which consists of Daniel Andrés Penares, Rodolfo Enrique Canet Albiach, Marie Krecmarová, Alejandro Molina Sánchez, Juan P. Martínez Pastor and Juan F. Sánchez Royo, participates in one of the twenty selected consortia for the first phase of the Quantum Flagship.  It is the project named S2QUIP “Scalable Two-Dimensional Quantum Integrated Photonics”, in which quantum integrated photonic circuits will be developed by integrating two-dimensional semiconductor materials compatible with CMOS technology, widely used in the production of traditional integrated circuits.  Developed within this framework, the work could resolve many of the bottlenecks described by the US  And EU work plans for the development of marketable technologies for Quantum Information Science.