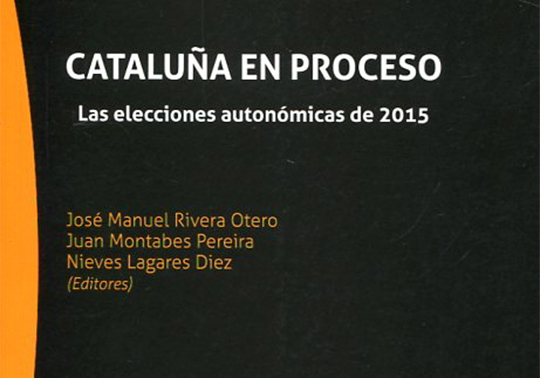 This book, which counts on the intervention of twenty university professors of four Spanish universities (Santiago, Granada, València and Autónoma de Barcelona), is the result of an academic analysis with multiple approaches based on a specific post-election survey conducted by the authors. This survey made possible the study of new issues related to the identity, nationalist values of the population, independent process, leaderships, social mobilisation strategies and factors, the corruption impact, changes in the political parties, and finally, the reasons and consequences of the exceptionality of the electoral vote of 2015.

The specific and new survey, which is the basis of the complex analysis gathered in the book, allowed the authors to study in detail the construction process of the political decision of the citizens and exceeded the common sociodemographic analysis. The aim was to research the exogenous, expressive, endogenous and dynamic nature of the political generation of the identities and preferences in this exceptional process of the Catalan society, their values and feelings, and the strategies of the political parties and their leaders. The result is a systematic analysis of the evolution of the “process” and its political-electoral consequences, in an exceptional electoral vote for its contexts and political consequences for Catalonia and Spain.