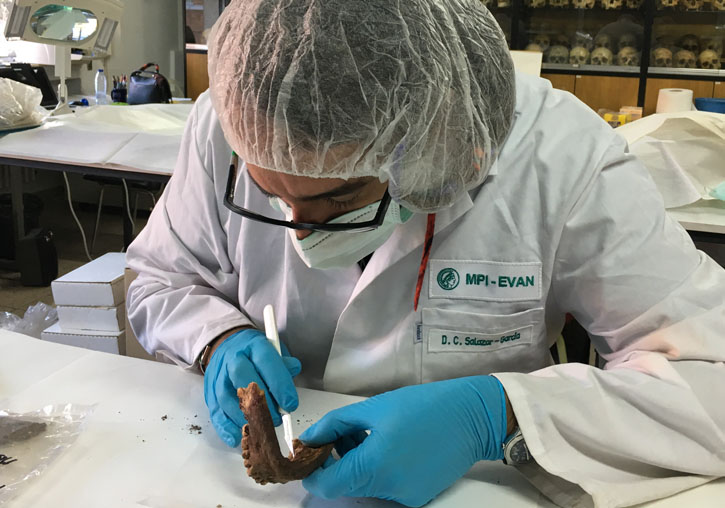 Domingo Carlos Salazar García, researcher from the Prehistory, Archeology and Ancient History Department of the University of Valencia.

A study published in the journal Science traces the evolution of the hepatitis B virus from prehistory to the present, revealing dissemination routes and changes in viral diversity. Domingo Carlos Salazar García, researcher from the Prehistory, Archeology and Ancient History Department of the University of Valencia, has participated in this study led by the Max Planck Institute for the Science of Human History (Germany). The research uncovers the evolution of the hepatitis B virus since the Early Holocene by analyzing the largest dataset of ancient viral genomes produced to date.

“This research puts upfront a reality many times ignored but obvious, that viruses have been linked to humans since prehistoric times”, highlighted Salazar, graduated in Medicine and in History, researcher of excellence of the Valencian Community at the University of Valencia. “If SARS-COV-2 has been able to put human societies in check worldwide during the twenty-first century, we can only begin to imagine how viral diseases influenced life in prehistoric times”, he explains. “Historians and archaeologists must start considering more the influence of viruses and other agents that until now have been invisible on the archaeological record when reconstructing past lifestyles”, he says.

The hepatitis B virus (HBV) is a major health problem worldwide, causing close to one million deaths each year. Recent ancient DNA studies have shown that HBV has been infecting humans for millennia, but its past diversity and dispersal routes remain largely unknown. A new study conducted by a large team of researchers from all around the world provides major insights into the evolutionary history of HBV by examining the virus’ genomes from 137 ancient Eurasians and Native Americans dated between ~10,500 and ~400 years ago. Their results highlight dissemination routes and shifts in viral diversity that mirror well-known human migrations and demographic events, as well as unexpected patterns and connections to the present.

Present-day HBV strains are classified into nine genotypes, two of which are found predominantly in populations of Native American ancestry. The study provides strong evidence that these strains descend from an HBV lineage that diverged around the end of the Pleistocene and was carried by some of the first inhabitants of the Americas.

“Our data suggest that all known HBV genotypes descend from a strain that was infecting the ancestors of the First Americans and their closest Eurasian relatives around the time these populations diverged”, says Denise Kühnert, leader of the research group.

The study also shows that the virus was present in large parts of Europe as early as 10,000 years ago, before the spread of agriculture to the continent. “Many human pathogens are thought to have emerged after the introduction of agriculture, but HBV was clearly already affecting prehistoric hunter-gatherer populations”, says Johannes Krause, director of the Department of Archaeogenetics at the Max Planck Institute for Evolutionary Anthropology and co-supervisor of the study.

After the Neolithic transition in Europe, the HBV strains carried by hunter-gatherers were replaced by new strains that were likely spread by the continent’s first farmers, mirroring the large genetic influx associated with the expansion of farming groups across the region. These new viral lineages continued to prevail throughout western Eurasia for around 4,000 years. The dominance of these strains lasted through the expansion of Western Steppe Herders around 5,000 years ago, which dramatically altered the genetic profile of Europeans but remarkably was not associated with the spread of new HBV variants.

The collapse and re-emergence of pre-historic HBV

One of the most surprising findings of the study is a sudden decline of HBV diversity in western Eurasia during the second half of the 2nd millennium BCE, a time of major cultural shifts, including the collapse of large Bronze Age state societies in the eastern Mediterranean region.

“This could point to important changes in epidemiological dynamics over a very large region during this period, but we will need more research to understand what happened”, says Arthur Kocher, lead author and researcher in the group.

All ancient HBV strains recovered in western Eurasia after this period belonged to new viral lineages that still prevail in the region today. However, it appears that one variant related to the previous prehistoric diversity of the region has persisted to the present. This prehistoric variant has evolved into a rare genotype that seems to have emerged recently during the HIV pandemic, for reasons that remain to be understood. 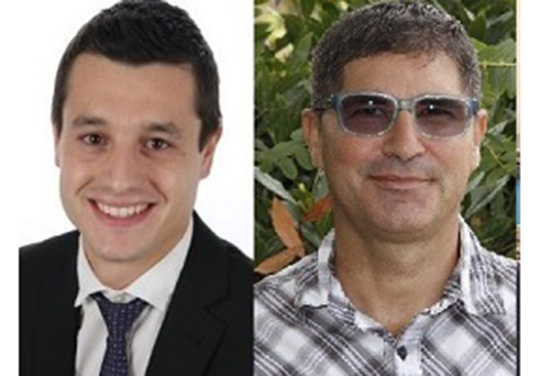