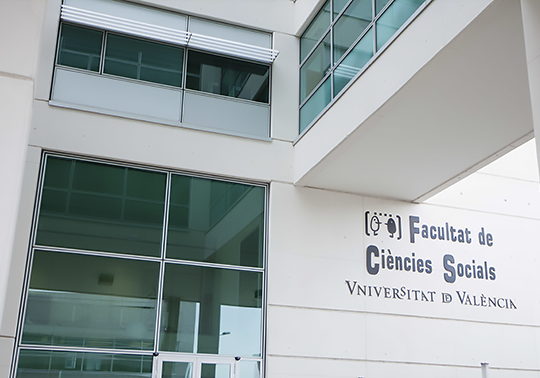 The Faculty of Social Sciences will be the headquarters of the 1st Valencian Congress on Migrations that will take place on 20th and 21st under the motto ‘Migrations at the Valencian Country. Transformations and challenges’. The congress is addressed to social scientists of several fields (Sociology, Anthropology, Social Work, Geography, Law, Political sciences) that work on the migrations of the Valencian country in its various forms.

This congress, which is organised by professors of the universities of Valencia, Alicante and Jaume I de Castellón, aims at spreading the knowledge about the transformations in the Valencian Country’s migrations during the last years, which are characterised by the crisis and its impacts, and the most important tendencies of the new migratory cycle. It also aims to create an updated diagnosis about the inclusion process of immigrants in the Valencian Country; to generate a space for discussion, for learning about the current works and for reflection between university researchers.

There will be a total of 34 presentations in the congress and these will be divided into four symposiums: ‘The transformations of our cities, the territory and the labour market’; ‘Gender, migrations and refuge. Second generations and gender perspective’; ‘Public policies, participation and associationism. Integration and social intervention’; and ‘Transnationalism, migratory networks and development here and there’. The titles of the symposiums give a clue of the most analysed topics among which, apart from the mentioned ones, some presentations on specific groups (ranging from British to Italians) will be included.

The programme, the presentations and other aspects can be consulted here: https://congresmigracionspv.wordpress.com/