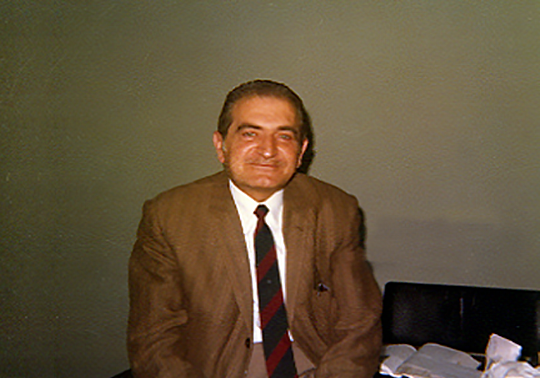 The Faculty of Geography and History hosts this Tuesday (16 May) an academic session in homage to the historian Joan Reglà. The round table, titled ‘Joan Reglà: Historiador y maestro de historiadores', will take place at 12:00h in the Palmireno room of the faculty.

Joan Reglà Campistol (Bàscara, 1917-S. Cugat, 1973) was disciple of Jaume Vicens Vives and collaborated with him in the introduction of the Annales methodology. He was full university professor (1958-1971) and dean (1961-1964) of the Universitat de València, where he developed a great scientific, humanist and Catalan influence. In 1971 he was professor at the Universitat Autònoma de Barcelona and dean of Philosophy and Arts.

Reglà’s work covered studies related to his thesis (‘France, the Crown of Aragon, and the Pyrenean Border. The fight for the Valle de Arán. 13-14th centuries’) and the studies about the 16th and 17th centuries, such as ‘The Moorish issue and the international situation in the reign of Philip II’ (1953), ‘The viceroys of Catalonia’ (1956), ‘Philip II and Catalonia’ (1956), ‘Serrallonga. Life and legend of the famous bandit’ (1961) with Joan Fuster, ‘The Catalan Banditry’ (1962), ‘Studies about Moorish’ (1964), ‘The Catalan Banditry of the Baroque period’ (1966), among others. It is also important to highlight the historic assay ‘Understanding the world.  Considerations of an historian’ (1967), synthesis such as ‘Introduction to the history of the Region of Valencia’ (1969), school textbooks, adaptations and translations, and collaborations in collective works such as ‘The social and economic history of Spain’ and ‘America’ managed by Vicens Vives.