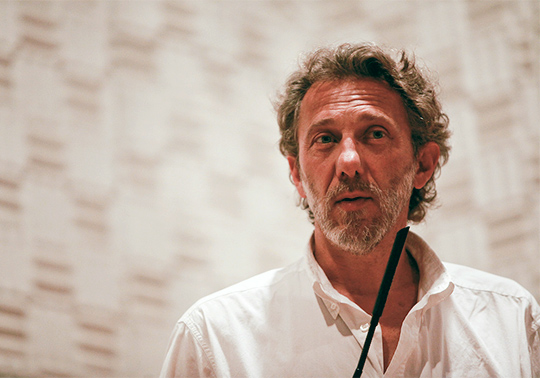 This Tuesday, 7 March, the director of Human Journalism and first Spanish prize Pulitzer, Javier Bauluz, will give the seminar ‘Refuge, xenophobia and empathy in the twenty-one-century Europe’. The seminar, which has been organised in the Institute for Human Rights of the Universitat de València, will be take place at aula 4P12 in the Faculty of Law at 18:00h.

Bauluz received the Pulitzer of Journalism in 1995 together with his colleagues of Associated Press for his photojournalism work in Rwanda. He has also received other important professional awards such as Godo Prize Winner of Photojournalism in 2001, Press Freedom Prize, I Premio Internacional de Periodismo Julio Fuentes in 2002, FotoPres prize or Human Rights Journalism Prize in 2008.

Since 1984, he has covered some humanitarian conflicts and dramas in Central America, Africa, the Balkans and Midle East, among other places. He has worked with the agencies Associated Press, Reuters, Staff, VU and Gamma; and has published his works in The New York Times, The Washington Post, Libération, The Independent, Der Spiegel, El País, El Mundo, La Vanguardia, among other media. Furthermore, he has participated in several projects and development cooperation organisations. Bauluz is the author of the books “Sombras en Combate 1992” and “Ruanda, amor en tiempos de cólera 1994”, and is one of the ten Spanish photojournalists, author of “Latidos de un mundo convulso en 2008”. In July 2008, Javier Bauluz drove the Manifest about Journalism and Human Rights together with a thousand of journalists and protectors of rights.

Human journalism, the media that manages Bauluz, counts on a professional editorial department with correspondents, contributors and analysts in different parts of the world. He is focused on people, especially the weakest ones, which are even more invisible for the traditional media.