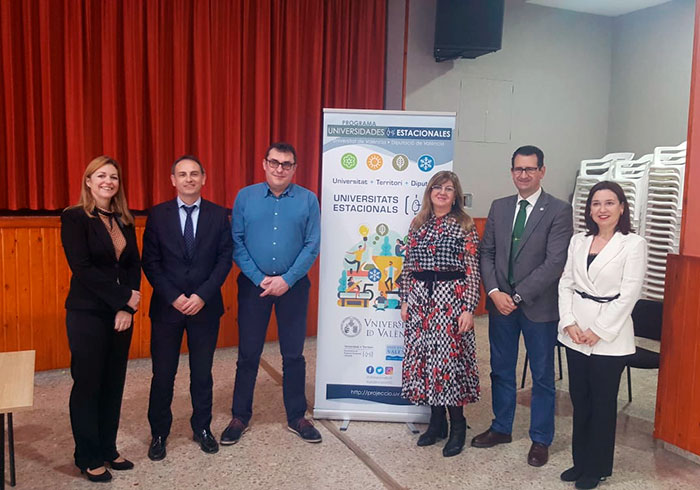 Winter University of Cofrentes (UNICO) has joined the network of UV season universities to analyse the topic of longevity in a rural environment. This first edition of the school, which started yesterday and will continue today in the City Council featuring the experts in the field, was attended by more than a hundred persons.

Winter University of Cofrentes (UNICO) has opened its first edition today under the title “Longevity and Well-Being in the Rural Environment”. This way, it becomes a part of other season universities promoted by the Universitat de València.

Hermosilla welcomed the UNICO initiative - “a programme that comes to stay” - and explained that it is based on the commitment of the UV, specifically, the office of Vice-Principal for Territorial Projection and Society, and the mayors of various towns in Valencia to the territory.  She reminded that “as a synonym to the presence on the territory, the projection refers to the people, transfer of knowledge, commitment, unwavering will to be present in all regions.” These are the fundamental pillars of the initiative.

UV organised UNICO together with the City Council and the Balneario Resort of Cofrentes and cooperated with the Provincial Council of Valencia and Caixa Popular group. It is an academic action that may consolidate “a strategic municipality” in Cofrentes and in Valle de Ayora-Cofrentes, as pointed out by Hermosilla.

Esperanza Navarro justified the title of the UNICO by the fact that “longevity is an issue of high interest nowadays” and that rural environment brings about the need for “a specific treatment”. Navarro said that in this edition and in the ones to follow, UNICO will gather the specialists who can offer their views on the topic.

Salvador Honrubia stressed that “it should be a responsibility of any city council: to take care of the social well-being of its neighbours.” He also added that the choice of longevity as a topic of analysis is closely connected to the presence of the publically owned resort of Balneario in Cofrentes, which is “a landmark of longevity in all Spain.”

The growing longevity of the population is a worldwide social, health, and political challenge. Although addressing it in a rural area may seem like an additional challenge, the environmental characteristics actually have an added value and improve the quality of life in terms of the territorial perspectives, the landscape, and the possibilities of future development.

Winter University of Cofrentes (UNICO) analysed the notions of longevity and well-being from various perspectives thanks to the contributions of the UV teaching staff (particularly, the professors of the departments of Physiology, Psychobiology, Genetics, Sociology and Social Anthropology, and Geography). During these two days held free of charge and open to the general public, Cofrentes has become a meeting and discussion point of professors; researchers; secondary school, vocational training, and university students; social agents; public workers; retired and unemployed persons; and the citizens of Cofrentes and the surroundings.

After yesterday’s session in the Balneario Resort in Cofrentes and today’s opening session, the health round table discussion was held. Consuelo Borrás Blasco from the UV Department of Physiology gave a speech “How to Turn 100 Years Old Without Dying on the Way (Strategies to Achieve Healthy Aging)”; Esperanza Navarro, a team member of the UV Department of Evolutionary Psychology, discussed the topic “Blue Zones: The Keys to Optimal Aging in the World”; and Rosa Redolat Iborra of the UV Department of Psychobiology delivered a speech titled “Cognitive Aging: How Can New Technologies Contribute to Its Prevention and Intervention?”.

As ruled out by the Principal’s Office of the Universitat de València, the afternoon session of the Winter University of Cofrentes was suspended.

For the past two years, the Universitat de València, and specifically the Office of the Vice-Principal for Territorial Projection and Society, has run a network of the so-called season universities, which carry out their activities during a single season of the year, and offered an interesting programme of free meetings targeted at the general public of all ages.

Season universities are located in various regions of the province, both inland and along the coastline.  Every university develops its own programmes centred on a particular case related to the character, history, and culture of the region and relies on the supervision of a specialist on the matter. 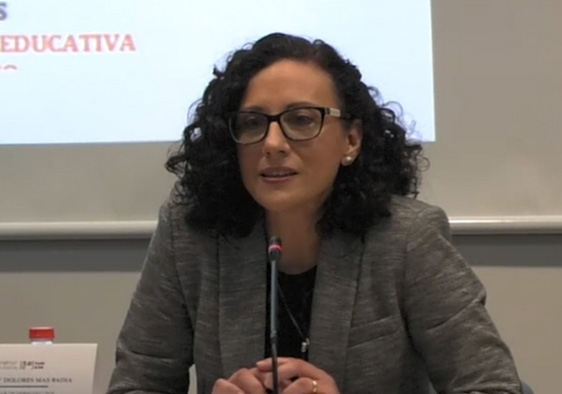