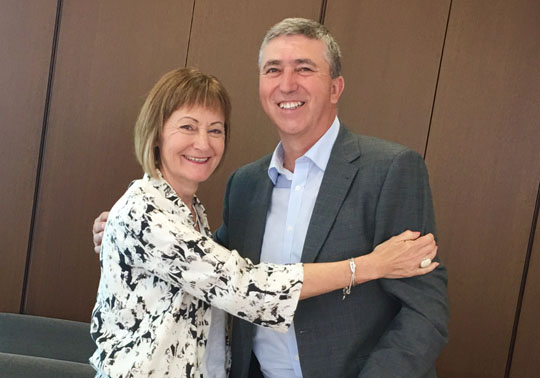 The Regional Minister of Sustainable Economy, Productive Sectors, Trade and Employment; Rafa Climent, has signed the agreements with five Valencian public universities for developing the programme Campus del Emprendedor Innovador. A grant of €380,000 is expected for 2018. Aula Emprende is a programme lead by the Universitat de València that includes the Campus del Emprenedor Innovador.

The Campus del Emprendedor Innovador is a programme promoted by the General Direction of Economy, Entrepreneurship and Cooperativism and five Valencian public universities. The academic institutions share their knowledge and experience in different initiatives of entrepreneurship encouragement. In this way, the most successful entrepreneurship activities of each university can be disseminated to the rest of them and ameliorate the entrepreneurship ecosystem.

The Campus del Emprendedor Innovador counts with several activities. Each one is led by a pioneer or prominent university in order to develop it.

Aula Emprende is a programme lead by the Universitat de València that consists in a practical course to train the teaching body so they can motivate the entrepreneurship guidance. Its final objective is the implementation of several useful teaching techniques to detect and promote values and the entrepreneurship culture among students. 539 teachers have been educated in these 5 universities since 2013. Last month, the monitoring committee of the project Interreig iEER, which includes 11 European regions, has chosen the Aula Emprende pilot programme to implant it in all of them.