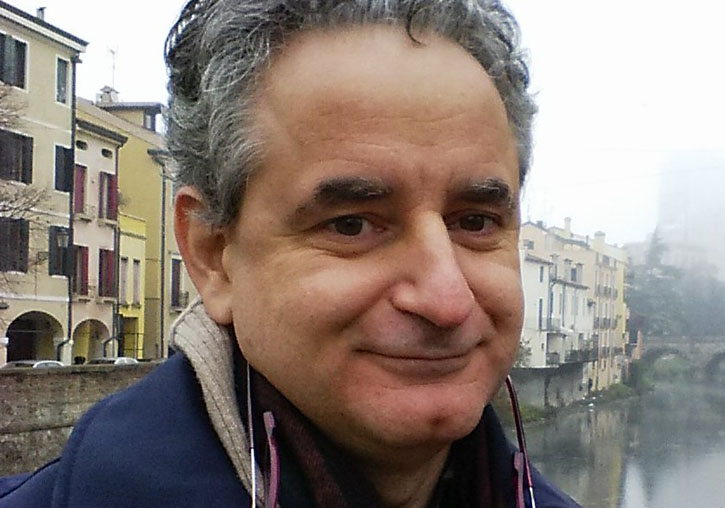 Andrea Bombi, researcher at the University of Valencia and member of the Board of the International Society of Musicology.

Andrea Bombi, a researcher at the University of Valencia and a member of the Board of Directors of the International Society of Musicology, said today that the arias included in carols composed by the Valencian teacher José Pradas between 1728 and 1752 were one of the routes of reception in eighteenth century Spain of the gallant style, the main musical expression cultivated in Europe and America between 1720 and 1780. These conclusions were presented today at the Congreso Internacional Ignacio Jerusalem 250: músicas galantes entre Italia, la Península Ibérica y el Nuevo Mundo (‘Ignacio Jerusalem 250 International Congress: gallant music between Italy, the Iberian Peninsula and the New World’), which is celebrated in Baeza, organised by the International University of Andalusia (UNIA).

The aria with da capo is a musical piece for a solo voice, often accompanied by several instruments, which throughout the eighteenth century was widely used in operas and zarzuelas, and also in chamber works such as cantatas, or sacred compositions like oratories and carols. The arias of José Pradas (Villahermosa del Río, Castellón, 1689-1757) are mainly included in the hundreds of Christmas carols that he composed throughout his 29 years as a chapel master of the Cathedral of Valencia.

The lecture presented this Wednesday morning by Andrea Bombi, ¿Galantes a distancia? Hipótesis desde la italianización (‘Galantes at a distance? Hypothesis from the Italianisation’), highlights the original ways of adapting to the gallant style of musicians who, as is the case of José Pradas, were trained in different traditions, and who did not have the opportunity to travel to Italy to learn first-hand the characteristics of that new style.

“The reception of the gallant style is very often mediated by sometimes random events, and often very difficult (when not impossible) to rebuild”, says Bombi, also a professor in the Department of French and Italian Philology at the University of Valencia. In the case of José Pradas, contacts with Italian musicians who acted in the service of the Prince of Campflorido, captain general of the Kingdom of Valencia, would be especially relevant, at least between 1728 and 1735.

The gallant style is seen today as the main musical style cultivated in Europe and America between 1720 and 1780, although for a time it was considered a mere aesthetic of transition between Baroque and Classicism. It was created in the conservatories of the Kingdom of Naples and constituted an emblem of cultural modernity, with a strong base in operatic theatre. This musical trend spread among different audiences, from the most demanding courtly environments to opera houses, to the domestic environment of the well-off bourgeoisie.

According to the note released by UNIA about the Ignacio Jerusalem 250 International Congress, it was this Neapolitan musician, active in Italy, Spain and Mexico, who contributed significantly to the diaspora of the gallant style. It also embodies the process of receiving the new style in the Iberian world in its triple condition as a composer for theatre, for the church and as a violinist.

Andrea Bombi has a long research career in the field of musicology. He has published several researches on the Valencian music of the eighteenth century and is the author of the book Entre tradición y modernidad: el italianismo musical en Valencia (1685-1738) (‘Between tradition and modernity: musical Italianism in Valencia (1685-1738)’), published by the Valencian Music Institute. Andrea Bombi was elected, in early 2017, as a representative of Spain on the Board of the International Society of Musicology.

José Pradas Gallén was one of the most prominent Valencian composers in the first half of the eighteenth century. He developed his musical career from a young age in the Cathedral of Valencia, later in Algemesí and Castellón, to finally hold for 29 years the position of chapel master of the Cathedral of Valencia, between 1728 and 1757. The main contribution of this musician of whom more than 400 works have survived are his Christmas carols, through which he contributed to connect Spanish music with Italian tendencies.