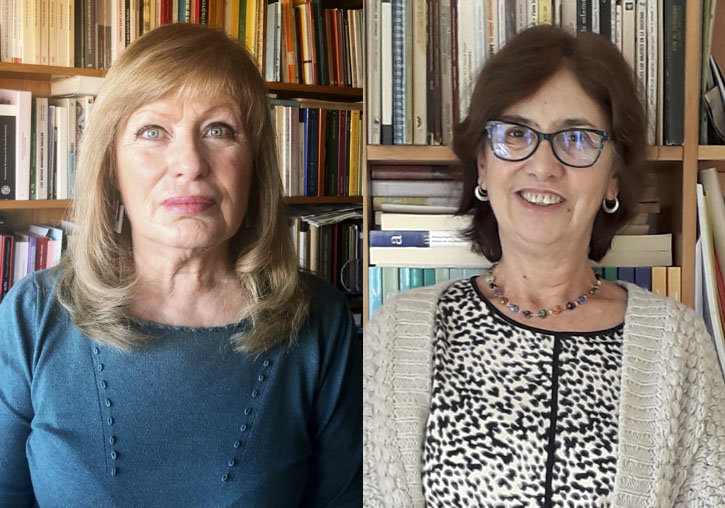 Ana Aguado and Luz Sanfeliu, UV professors and researchers from the University Institute of Women Studies (IUED) and the Prometheus Group of Excellence for Historical Studies on Transitions and Democracy (GEHTID), explain that associationism and the shared sociability of leftist women during the Second Republic allowed the development of a common identity. In an article published in Pasado y Memoria. Revista de Historia Contemporánea, they confirm that this associationism fostered a new perception and appreciation of their gender and class identity, which marked the growth of modern feminine and feminist identity.

On December 31, 1931, at the dawn of the Second Republic, the newspaper Renovación published an appeal from Astrea Barrios addressed to young workers: “Spanish women! You must show that you are worthy of the trust that has been placed in you. Organisation! it is the unanimous cry that your heart must emit”.

“It was more than a call from women and feminist organisations to join the defence of the Second Republic. And at the same time, a voice that promoted the development of specific women’s organisations, which functioned as spaces for meeting and developing their gender identity”, highlight Ana Aguado and Luz Sanfeliu, professors from the Department of Modern and Contemporary History and the Department of Comparative Education and Education History, respectively.

“The Second Republic was a turning point because these changes allowed working-class women to develop a new perception of themselves, a new assessment of their identity, based on associative experiences”, Aguado and Sanfeliu point out in their article “El camino de la liberación. Asociacionismo femenino y culturas obreras en la Segunda República (1931-1936)” (‘Thepath of liberation. Female associationism and worker cultures in the Second Republic (1931-1936)’).

The researchers, members of the Prometheus Excellence Research Group GEHTID 2020/050 (GIUV 2013-060) of the University of Valencia, have analysed how in the Second Republic “the presence of these women in leftist organisations, participating in their referents, their speeches, their symbols, their flags, demonstrate their agency to […] create a shared culture, to associate autonomously, to develop their common identity and, in some cases, to subvert differential gender socialisation”.

The fundamental instrument in the development of these new feminine identities was a “powerful” feminine associationism. Thus, for example, socialist women during the Second Republic continued to associate and meet, either maintaining many of the previously existing Socialist Women’s Groups or creating new ones in different cities and towns. This phenomenon gave rise to a new and growing sociability among working women.

Aguado and Sanfeliu also indicate that this “was an instrument that allowed them to access new spaces for meeting, activism and political, civic and cultural sociability, which developed their identity awareness as militants of certain political projects, but also, at the same time, as women”.

The new forms of sociability linked to leftist or workerist women’s associations had clear modernising consequences. It is not possible to understand the process of creating an identity consciousness if it is not analysed “in relation to the historical processes of individuation and socialisation in the public sphere”, the authors explain. In principle, this was a process characterised by having as its axis a male subject. This changed in the first decades of the twentieth century with the appearance of the figure of the modern woman, which would begin to question hegemonic gender identities. A process that, not coincidentally, occurred in parallel with the growing female associationism.

Finally, the authors explain that the title of the article, “El camino de la liberación” (‘The path of liberation’) refers to the fact that “these are the words used by a young socialist, Lot Núñez, addressing the workers in a letter entitled ‘Compañeras’(‘Comrades’) published in the newspaper Renovación –newspaper of the Socialist Youth– in December 1931, to point out the importance of associations”. In this sense, they add that “in this article she exhorted them to associate and group themselves in socialist organisations, as a ‘path to women’s liberation' and, at the same time, liberation in the revolution”.