The Universitat de València, first Valencian university and fourth of Spain according to the ranking CWUR, on quality in student training and research 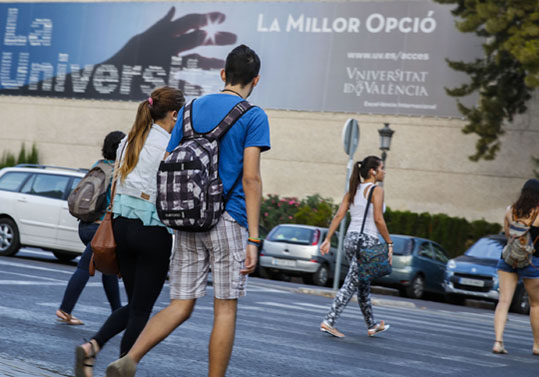 The Universitat de València has improved its position in the renowned Centre for World University Rankings (CWUR) and among European centres it has moved up to 103rd place, which means that it is up 15 places on last year. On a global level, the institution wins 16 positions and is among the 271 best in the world, being the first Valencian university in the ranking and the fourth in Spain.

The Center for World University Rankings (CWUR) has updated this week the CWUR 2018 ranking, which measures the global performance of the best 1000 universities of the world. It is a global university ranking that measures the quality of education and student training, as well as the prestige of the faculty members and the quality of their research without relying on surveys and university data submissions.

Next week will be published, on 4 June, the edition by subjects of the Center for World University Rankings.